This was a day when we planned to move from Banff to Lake Louise and try to visit whatever makes sense on the way. And the way we wanted to be to be not the Trans-Canada Highway but the parallel scenic Bow Valley Parkway 1A where we found several places we would take a look at.

This map built with Mr. Garmin GPS track. What is not here is our morning trip to Johnston Canyon, which is actually on the way from Banff to Lake Louise, but highway 1A was closed by some weird pandemic reason, and we had to find a no-car way to get or to hell with it there.

We did some online research and immediately figured out a few things:

We are not big fans of public transit in general, especially during pandemic times, but in this case it seemed to be the only reasonable way to get from point A to point B. If 1A wasn't closed we would simply stopped by there on our way to Lake Louise, but this time we check out from the hotel and asked the guy at the reception if we may leave the car on their parking lot till approximately noon. He said "no problem", so we left all our stuff in the car, found the Route 9 stop, and took the bus (tickets bought online). It takes about 30 min from Banff to the canyon, 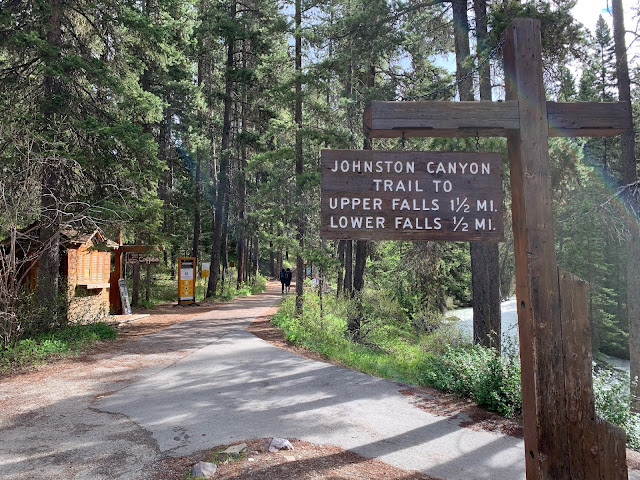 and then we enjoyed a scenic trail to the Lower and further to the Upper Falls. 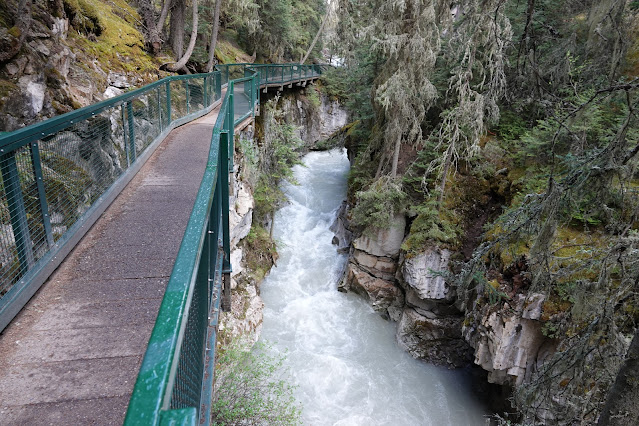 The trail continues after the Upper Falls to so called "Ink Pots" which are simply colorful cold water springs, but we did not go that far because the return bus was at 12:20PM, and we still had big plans for the day. If you happen to have extra couple of hours, it's probably worth to have Ink Pots on your agenda.

As the the Eastern part of 1A was closed, a few things automatically dropped into the next time TO-DO list:

- all on the highway. But the part of 1A after Castle Mountain was available, and we took that drive. Unfortunately it was raining, and things like Castle Cliff were not very impressive because we could not see anything but clouds. We made a good stop at Morant's Curve though. 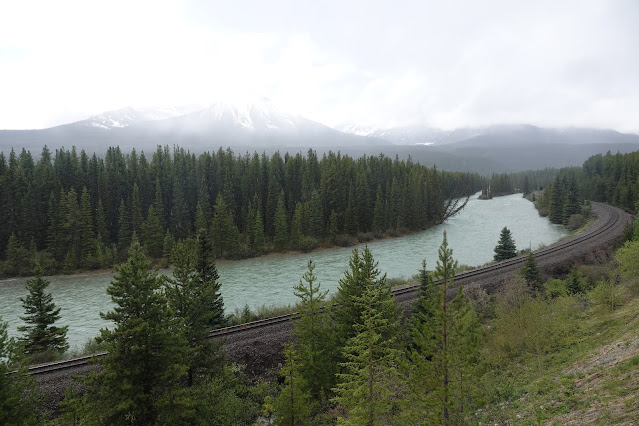 Morant's Curve is just in a few miles from Lake Louise. We liked the view so much and decided to come back when the weather would be better, and we actually did it another day. 10 minutes later we checked in at Lake Louise Inn. At the reception they checked our temperature, mine was green, my wife's - yellow, but apparently yellow was OK and they let us in, and we got a nice room for a very reasonable price. Normally Lake Louise Inn is quite expensive, but it was pandemic off-season, so like no people at all. 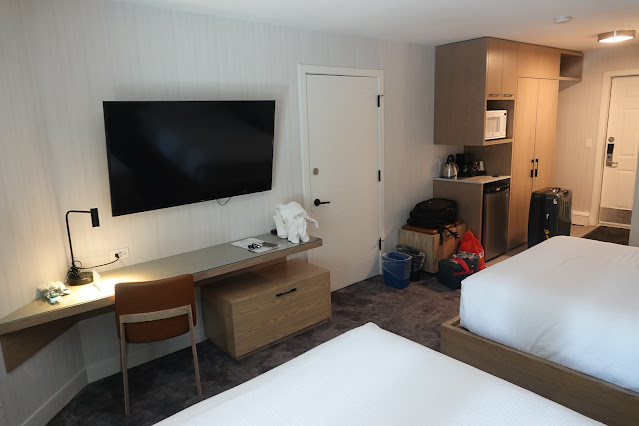 The lake itself is in 4 km from the hotel, and we made it there after lunch on the same day, but it was raining, windy and cold. 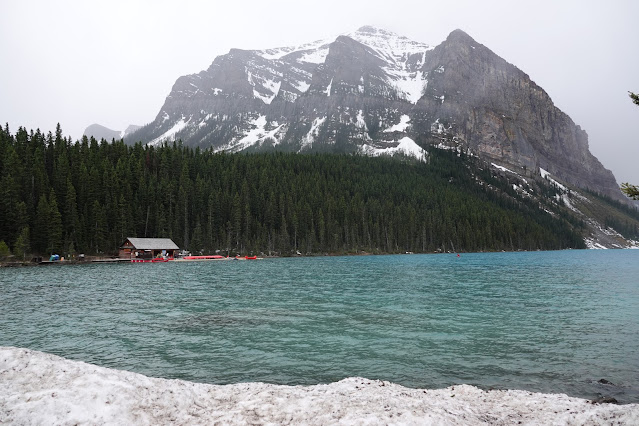 We did not go any further than North Lakeside, which is right next to the parking lot, just took a couple of pictures for the records really quick, and sneaked out back to the hotel. Look at this poor guy and you'll understand why: 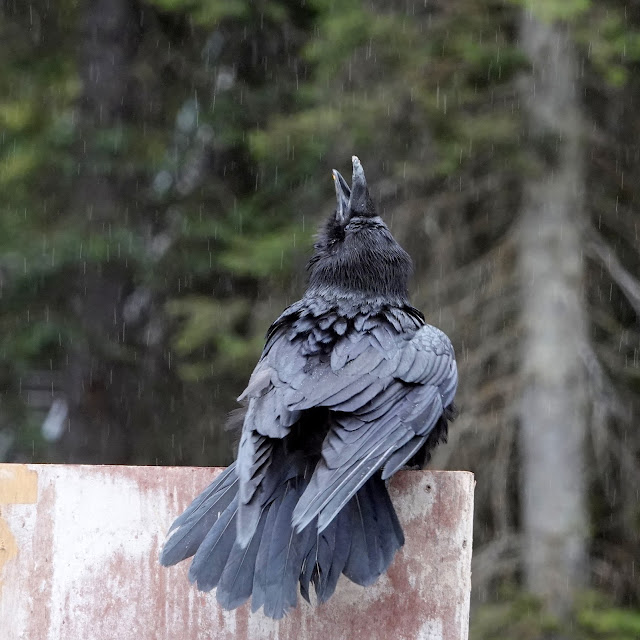 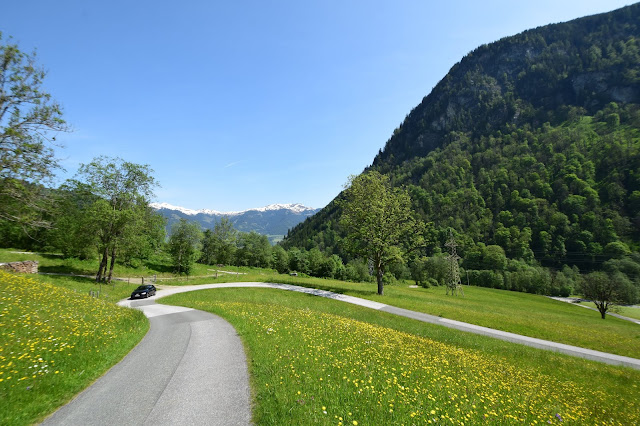